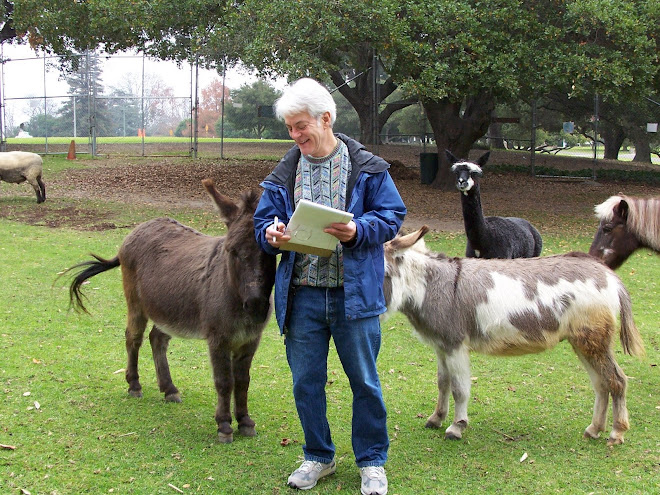 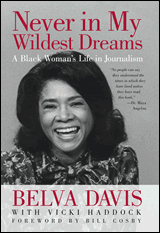 How'd you like to read a book that's chock full of juicy behind-the-scenes stories about the most important historical events in the Bay Area in the last 50 years?
Or would you prefer an inspiring, deeply personal Horatio Alger story about how a girl from the projects of West Oakland overcame all the obstacles to become the first female black anchor in the Bay Area?
Actually, they're the same book: "Never In My Wildest Dreams - A Black Woman's Life In Journalism" by Belva Davis and co-author Vicki Haddock.
Davis is a Bay Area legend who has anchored at KPIX, KRON and, currently, KQED, where's she's the host of "This Week In Northern California."
Name an important event, and Davis had a ringside seat.
She was there when the conservatives took over the Republican Party at the 1964 GOP convention at the Cow Palace, narrowly escaping serious injury from some Goldwater fans who were outraged that a black reporter was covering the event.
She was there when San Francisco Board of Supervisors President Dianne Feinstein announced in a choked voice that Mayor George Moscone and Supervisor Harvey Milk had just been murdered, and that the suspect was Supervisor Dan White.
She met - and formed opinions about - every famous person who came through the Bay Area. She says Frank Sinatra was a real sweetheart. Lenny Bruce? Not so much.
She liked Huey Newton. (Did you know he was named after Huey Long? I didn't.)
But she couldn't stand Eldridge Cleaver, who, she says, made his wife Kathleen taste his food before he'd eat it because he was afraid of being poisoned. How gallant!
Sometimes, her work impinged on her personal life, such as the time a white supremacist group threatened to kidnap her daughter as retaliation for Patty Hearst's kidnapping by the Symbionese Liberation Army.
"They thought I was Angela Davis' sister," she says.
I was sorely tempted to rip off her best stories and fill this column with them. But then you wouldn't have to read the book, and we can't have that, can we?
So I'll confine myself to telling you to read the James Brown story on page 71, the Martin Luther King story on page 83, and an absolutely hilarious story about Malcolm X on page 56.
And if you've ever wondered what really goes on behind the scenes at beauty pageants, don't miss Chapter 8, about her stint as producer of the Northern California Miss Bronze America pageant.
But even more than the great anecdotes, what will stick with me for a long time is the other story: How she overcame every obstacle - including race, gender and abuse - to become perhaps the most respected voice in Bay Area TV news.
The obstacles kept cropping up every step of the way, such as the station executive who turned her down for a job, explaining, "We aren't hiring negresses."
But she also found kindness in unexpected quarters, such as another executive, to whom she confessed a feeling of inadequacy because she hadn't gone to college.
She kept kicking herself afterward, certain that she had just torpedoed her career. But instead, his response was to give her a handwritten list of important people who never went to college, either.
It's a fascinating story, beautifully told. Check it out.
Posted by Martin Snapp at 2:29 PM